ColdSpell comes from the land of the “ice and snow” up in the north of Sweden. They where formed in 2005 by guitarist and songwriter Michael Larsson who was previously with the band R.A.W, a band that recorded two albums in the 90′s with members from Dalton and Kicken (Poodles) on drums. Together with four other experienced musicians ColdSpell are ready to impress you with their own brand of hard rock!
The band took the world by storm with their “Infinite Stargaze” release in early 2009, a recording that draws influences from a mixture of everything they grew up with from the groove of the 70’s to the choruses and melodies of the 80’s, mixed with the raw and naked excitement of the 90’s, not forgetting the production expertise of the millennium.

Coldspell’s “Infinite Stragaze” album has already created a stir in rock circles, and they have a nice heavy sound that can be compared to bands like Gotthard and Whitesnake. Songs like “Keep on Believin’”, “Eye of the Storm” and “Shot Down” won fans over time and time again. The album received stunning reviews all over the world and was on several album “toplists” for 2009 and “The album of the year” at RockRealms.com (category “heavy, hard and melodic rock”).
Here we are two years later and a brand new release “Out from the Cold”, once again mixed by Tommy Hansen in Denmark, Tommy of course having previously worked with Helloween, TNT, Pretty Maids, Jorn and Pagan’s Mind just to mention a few! Well, why change a winning formula?! What we have here are 12 new tracks of hard rock excellence by M. Larsson that take the band to new heights. The core of Niklas Swedentorp on vocals, Michael Larssen on Guitars and Matti Eklund on keyboards remains the same, but in come new members Perra Johansson (ex.Crawley/Lost Souls) on drums and Anders “Kebbe” Lindmark on bass (ex.Dalton/ RAW)
/ Escape-music UK

In 2010 there where some changes in the line-up when Tobbe and Tommi left the band and 2 old friends of mine from Uppsala joined ColdSpell for this second album release – the drum maestro Perra Johansson and the wizard of bass Anders “Kebbe” Lindmark.
What´s also important to mention is that we have recorded both albums with Pelle Saether at Studio Underground/Sweden and that the artwork for the Infinite Stargaze album was done by C-A Beckston and that we for this new “Out From The Cold” album have the great Eric Philippe doin the fantastic artwork!
We are now one solid unit as a band and with this new release we are now ready to hit the scene and will definitely be a force to be reckoned with in 2011 and forward.

in 2013 ColdSpell released a third album "Frozen Paradise" it was mixed and mastered by Tommy Hansen with the brilliant art work of Eric Phillipe. A slight change in the line up with the parting of Anders Kebbe Lindmark brings in new bass player Chris Goldsmith. The Frozen Paradise album was debuted in the USA during Melodic RockFest 3 at H.O.M.E Bar in Arlington Heights near Chicago, The band gained many new fans and friends.  You can keep up with the bands tour and going on by visiting them on Facebook. Coldspell and ColdSpell~USA where pictures and updates will be found.

Its now 2014 and with thier new album "Frozen Paradise" debuted in USA at Melodic RockFest in Chicago. ColdSpell is soaring to new heights. With this amazing 5 piece band and new album-release ColdSpell is hitting the scene running and will definitely be a force to be reckoned with!! 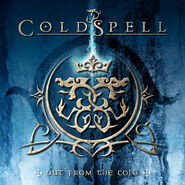 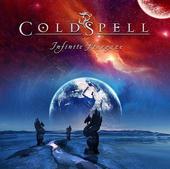 Add a photo to this gallery
Retrieved from "https://metalfields.fandom.com/wiki/Coldspell?oldid=20672"
Community content is available under CC-BY-SA unless otherwise noted.