Huldre is a Copenhagen(Denmark) based folkmetal act with strong emphasis on the folk elements of this genre. Pulling on the varied backgrounds of its seasoned and experienced musicians, Huldre creates heavy and melodic folkmetal based on the legacy of medieval danish and nordic folkmusic. The 6 members of Huldre has backgrounds in genres such as Trad. acoustic medieval music, death & black metal, reggae, trad. danish folkmusic, classical music and from bands such as Gny, Asynje, Virelai, Submission, Eldjudnir, Roskilde Symphony Orchestra and Voodoom. The musical style of Huldre has been compared to bands like early Lumsk and Gaate while the live performances has been described as "[...]this could easily have been a dance-moshpit which could rival the best of Korpiklaani" (Metalmoments.net). That the emphasis is on the folk elements, and what seperates Huldre from the rest of the crowd, was best noted by Anders Boetter (of "Sort Soendag", a danish radio program dedicated to metal) when he said "where other folkmetal bands play metal with added folk, Huldre plays folk with added metal". Huldre has played with notable names such as Svartsot and Valravn and is currently working on new material while playing concerts throughout the land. Huldres first full-length album was recorded during the months of December and January 2011/12, and will be released in the early summer of 2012. 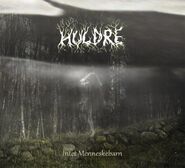 Add a photo to this gallery

Retrieved from "https://metalfields.fandom.com/wiki/Huldre?oldid=18275"
Community content is available under CC-BY-SA unless otherwise noted.